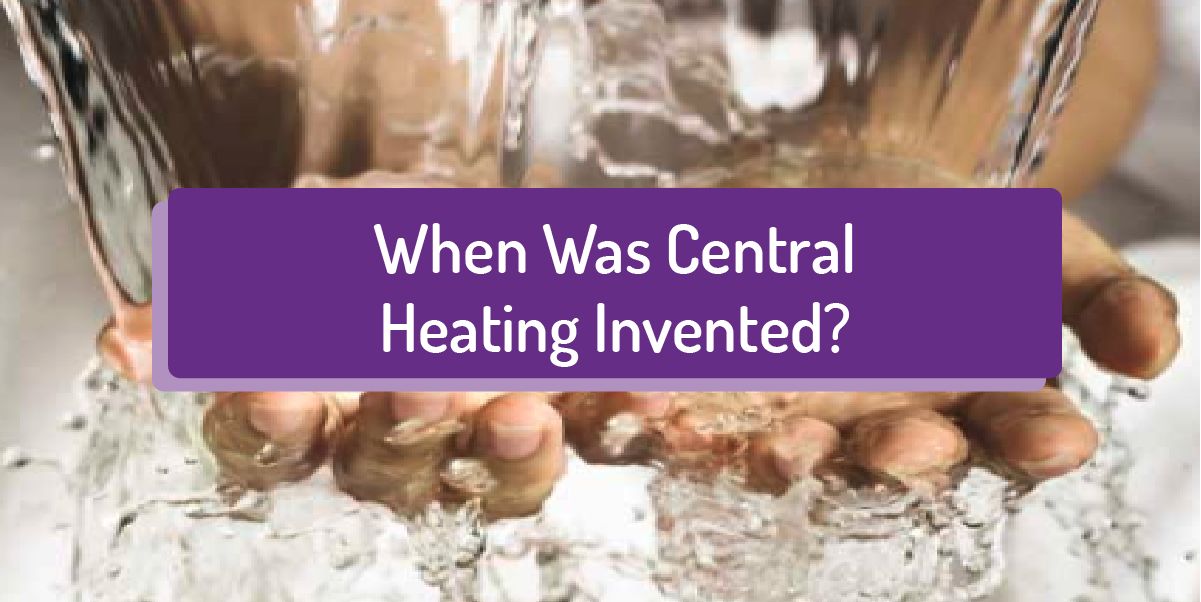 When was Central Heating Invented?

The central heating system has been extremely popular over the decades and nowadays, especially in the UK.

It has become one of the most needed things in homes in the UK.

More than 90% of the homes in the UK use the central heating system as a heat source to adapt to the temperature of their homes.

Can you imagine without having the central heating process during the ice-cold weather? You can’t.

But, centuries ago it was the reality!

The invention and history of the central heating system is a long chapter.

So, I won’t discuss hundreds of pages to describe it; rather, I’ll tell you a comprehensive history of the invention behind the central heating system. Stay connected with us.

In the 13th Century

At first, the ancient Greeks developed the main idea of central heating.

During the time, the temples would get heating through the heat, which was generated using an open fire.

However, ancient Romans also used the same kind of healing process that was comprised of hot air furnaces and heated the air across the wall as well as underfloor heating which would eventually heat the entire room.

But, sadly, as the Roman Empire was collapsed, people had started sorting out different techniques and methods to produce heat. As a result, no ingenious heating techniques were invented within a thousand years later.

The human being wasn’t introduced with steam, hot air, and heated water until the 1700s and 1800s, as it wasn’t invented then.

In 1793 there was a British Engineer named William Strutt who designed and provided the conception of a furnace and it was modelled with the design of John Evelyn’s, almost hundreds of years prior.

The furnace design had used heat outside air over a passage-based constructed underground.

Early in the 18th century, engineer Charles Sylvester was teamed up together with William Strutt, and they built an industrial revolution, a heating system to apply it in a hospital that could clean the air and heat the building at the same time.

Central heating wasn’t invented with steam before the 1800s.

James Watt, the Scottish inventor, created the first central heating system and applied it in a home.

That invention was created with high-pressurised steam and distributing it through the pipes.

Later, the central heating system that James Watt invented was used in Manchester inside of an industrial building.

Russians used the first water heating process, and they would use it in the early 1700s and heated The Palace of Peter the Great.

Different people in different countries invented different types of models, but mostly they intended to heat the greenhouses.

Although, it wasn’t used until the 1830s because the hot water system was progressing rapidly to get adapted in factories and churches across England.

Russian inventor Franz San Galli invented another great essential piece of central heating, and it was the radiator in belated 1850s.

It was adopted in most of the areas across the United States and Europe/ Northern Europe.

In the 20th century

During the Second World War, not every room in houses was able to get heated as there wasn’t a huge piece of equipment available, it was most common to heat the living room with a coal fire.

Before, the 1950s, the central heating system wasn’t announced.

Although, the first central heating system was generating heat into the oil or gas-fired boilers by heating homes with the radiators.

It was so much more beneficial, comfortable, and a cheaper process of heating to save monthly bills.