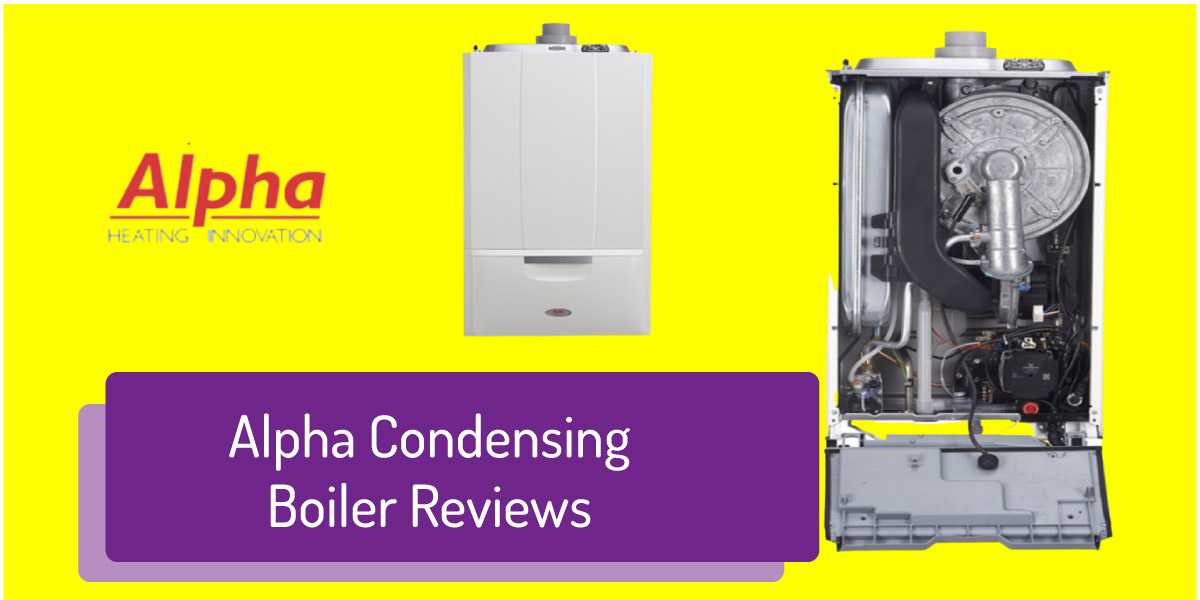 You may have seen the term ‘condensing’ while you’ve been looking for a new boiler and wondered whether this is something that you should investigate further. Well, the good news is that virtually all new types of boilers, no matter whether it’s a combi, system or regular are all condensing boilers, so that’s one less thing that you need to think about!

Older, non-condensing boilers could waste up to 50% of the heat generated as combustion gasses disappeared up the flue.  In a condensing boiler, the heat in the gases is captured to be recycled and preheat water entering the boiler. The gases’ temperature is reduced from around 130oC to 50oC, which then causes condensation form, hence the name condensing boiler.

Alpha is a relatively new entrant into the boiler market, but they have quickly become known for their products’ affordability and reliability. Although we say relatively new, they still have over 50 years’ experience within the boiler manufacturing industry where they are part of Immergas, an Italian company. Operating in over 30 countries worldwide and having produced in excess of 7 million boilers, they are considered to be Europe’s leading manufacturer of heating appliances.

In this article, we’ll take a look at some of their top-performing condensing boilers and new boiler cost.

A condensing boiler can reach up to 99% efficiency, which would mean that just 1% of the energy used would be lost. This compares to an enormous figure of up to 50% loss in non-condensing boilers.

Because less energy is being wasted, you need to use less to heat your home. So, this means less CO2 production and a reduction in your carbon footprint.

Safer for Your Home

There are several features of condensing boilers which make them a safer option for you home. First of all, they are completely sealed units which enhances their heat insulation abilities. Then, they use air which is captured from outside the home rather than pulling it in from the room, meaning that there is no risk of anything being accidentally sucked into the boiler. Finally, the condensed liquid is disposed of via the drainage system, so there is no need for you to come into contact with the waste products.

Alpha offers a range of replacement boilers in all three of the most popular types, combi, regular and system. We’ve picked out one of each to provide more in-depth details for you.

Their best combi boiler comes with a 10-year standard warranty which can be extended by another three years, this is a boiler which Alpha clearly have complete confidence in. It comes with a stainless-steel heat exchanger which is highly resistant to corrosion, meaning a longer life and increased reliability. To continue that focus on efficiency and reliability, the ETEC Plus also features a high-efficiency Grundfos pump and hydro block assembly.

The E-Tec Regular is a wall-mounted gas boiler which achieves an impressive 92% efficiency. Available in a 15, 20 and 25kW models it’s suited to a wide range of household sizes. As with all regular boilers, it will need to be fitted as part of a central heating system so will also need a water tank and hot water cylinder. The boiler itself is a compact unit with the 15kW model weighing just 27kg.

The E-Tec comes with a stainless-steel heat exchanger, a backlit display for ease of use and a seven-year warranty. The regular boiler is also known as a heat only or open vent boiler

E-Tec System boilers are available in three power outputs, 20, 30 and 35kW and reach a 93% efficiency level. This best system boiler is another wall-mounted unit and comes with a seven-year warranty as standard which can be extended by another three years.

The E-TEC system boiler comes with most of the important components, such as the pump and expansion vessel already built into the system, which means getting the boiler installed is a much quicker and cleaner process.

All boiler manufacturers are keen to ensure that their systems are the most efficient on the market. Alpha has designed an ingenious top box called the which takes energy efficiency to an even higher level.  The box sits above the boiler where it takes the heat from the waste gases and then uses then to preheat the cold water entering the boiler. This results in an average of 35% less gas being needed, which will mean a considerable saving on energy bills and Alpha estimate, a half-ton reduction in carbon each year.

The warranty that Alpha offer on their boilers does depend on the boiler type and what is included in the new boiler replacement cost.

Alpha then offers the PremierPack Pro which adds an additional two years to the warranty, for E-Tec boilers. At the same time, the PremierPack Extra for the E-Tec Plus and E-Tec S models increases the warranty by a fantastic three extra years. That means that you could increase your warranty up to an industry-leading thirteen years if installed by a Gas Safe registered engineer.

Alpha is a boiler brand which offers exceptional value for money and who has quickly become associated with high levels of boiler reliability. When that’s combined with the condensing boiler’s energy efficiency, it provides an excellent way to reduce both fuel bills and carbon emissions. Just because they may be classed as cheap boilers, it doesn’t mean you shouldn’t consider one.

We have more information on the Alpha boiler range right here for you.

Q What kind of fuel does your boiler use?
By Myles Robinson Posted on 12th January 2021 // Boiler Reviews