Is Your Combi Boiler Water Too Hot? 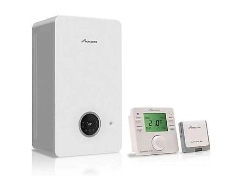 Have you ever read Goldilocks and The Three Bears?

Yes, that is a strange way to open an article about the dangers of combi boilers being too hot but stick with me I’ am going somewhere with this.

The story has plenty of messages to it for one thing breaking into a bear families home and going to sleep is a bad idea!

But aside from those dangers it also teaches us the importance of getting things just right.

A boiler like a bowl of porridge should have its temperature right in the middle.

It shouldn’t be too hot or too cold, and while a cold boiler likely means the boiler isn’t working or there is a boiler leak in the pipe somewhere what about it being too hot?

Well, that is what we are going to look at when it comes to combi boilers.

Combi (or combination boilers if you want to get formal) are water heaters and central heating units combined into one appliance.

They work by heating water directly from the mains supply so there is no need for a storage tank of any kind.

Combi boilers are also much smaller than a conventional boiler because of this design change and are often the boiler of choice for the more modern household.

However, combi boilers despite being a more modern alternative aren’t immune to problems.

My Boiler’s Water Is Too Hot! 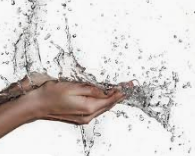 Your boiler being too hot might seem a little strange after all aren’t boilers supposed to be hot appliances?

But there is such a thing as too hot especially when you consider that a boiler heats up your home’s water supply as well.

No one wants to feel like they’re on fire or risk suffering burns when they’re taking a shower do they?

Yes, a nice hot shower is supposed to be a great way to wake up and a hot bath is a traditional way to relax after a stressful day.

But there is a big difference between hot and swimming on the sun kind of temperatures aren’t there?

And of course, everyone is different what might be nice and relaxing for one person could be far too hot for another.

Remember the message from Goldilocks I mentioned earlier? You need to know how to get things just right.

So, let’s look at some of the common temperature problems with combi boilers and find out how to deal with them.

This is an issue that many combi boiler owners fall victim to.

Some models of combi boiler have two different temperature dials one for water and one for central heating.

Make sure you are using the right one when you want to change the temperature.

If you have altered the temperature on the dials but things still seem far too hot turn the boiler off and give things time to cool down.

Then turn it back on again and reduce the temperature to a cooler level to see if things change.

If this doesn’t solve the problem then you could have an issue with the dials or a more serious internal problem.

Either way, you are best advised to contact a professional engineer to examine your combi boiler to see if they can diagnose the problem. They may even drain the boiler is required. 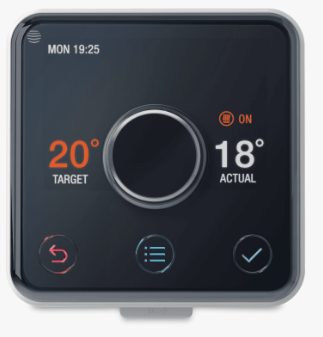 We are discussing temperature problems so it’s likely no surprise that thermostats would be involved sooner or later.

A thermostat is essential to controlling the temperature of your combi boiler so if it stops you will need to call in a professional.

A thermostat suffering from problems could cause misreading’s in the temperature it might seem like things are nice and cool only for them to be incredibly hot when you touch them.

You might also be unable to alter things and return them to normal unless you shut the boiler off completely.

Repairing or replacing a thermostat is not something you should attempt to do on your own.

Thermostat faults (even simple ones) will still require experienced hands to fix so with this kind of problem you should always call in an engineer to assist.

If you are unsure what is the optimum temperature is for your home then it should be around 21 degrees which is a comfortable heat.

The flow rate is set incorrectly

Putting that debate aside, for now, we can conclude one thing which is that the flow rate is important.

If your combi boiler’s flow rate is too slow and can’t even reach its minimum requirement then it will often cause the water to heat up more than it should.

Fixing this issue is again something that should only be done by a professional engineer.

How much this repair will cost will really depend on what is causing the problems with the flow rate.

An engineer will have to inspect the combi boiler first to see if they can diagnose what the problem is and then you’ll get a quote for repairs.

My hot water was fixed but it’s still not working

So, while we have looked at the most common issues that could be causing your combi boiler to get too hot what should you do if the problems keep happening even after professional repairs have been carried out?

Well, I don’t think anyone will blame you for getting annoyed but there could be a reason behind everything.

If your boiler keeps suffering from breakdowns, constant repressurising issues or getting too hot then it will likely be because of a more serious problem.

If your boiler it noticeably quite old or in poor condition then this could easily cause problems with the temperature.

So, how can you get hot water?

Well while you could cross your fingers and hope for the best after paying for another round of repairs I would strongly recommend considering a replacement combi boiler instead.

You can buy a boiler online with Boiler Central.

Do i need a new boiler?

There are many high-quality combi boilers available and good bargains to find so if your boiler keeps suffering from an unbalanced temperature why not just upgrade to a new model?

It might seem like an expensive solution but boiler repairs are expensive unless you have boiler cover, especially if you have to keep getting the same issues patched up time and time again.

It will also be sure to be much more energy-efficient and safe as well.

If you think your boiler is able to be repaired then take a look at some boiler cover plans here.