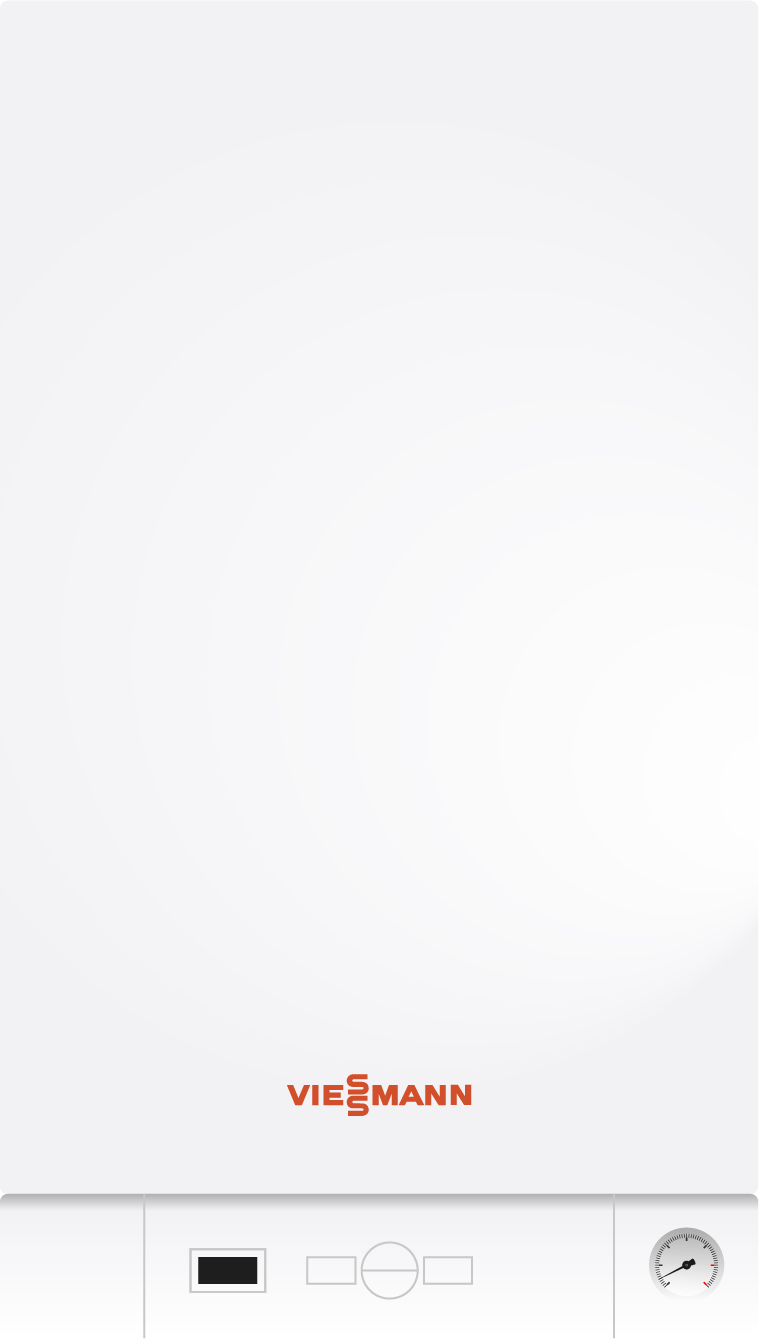 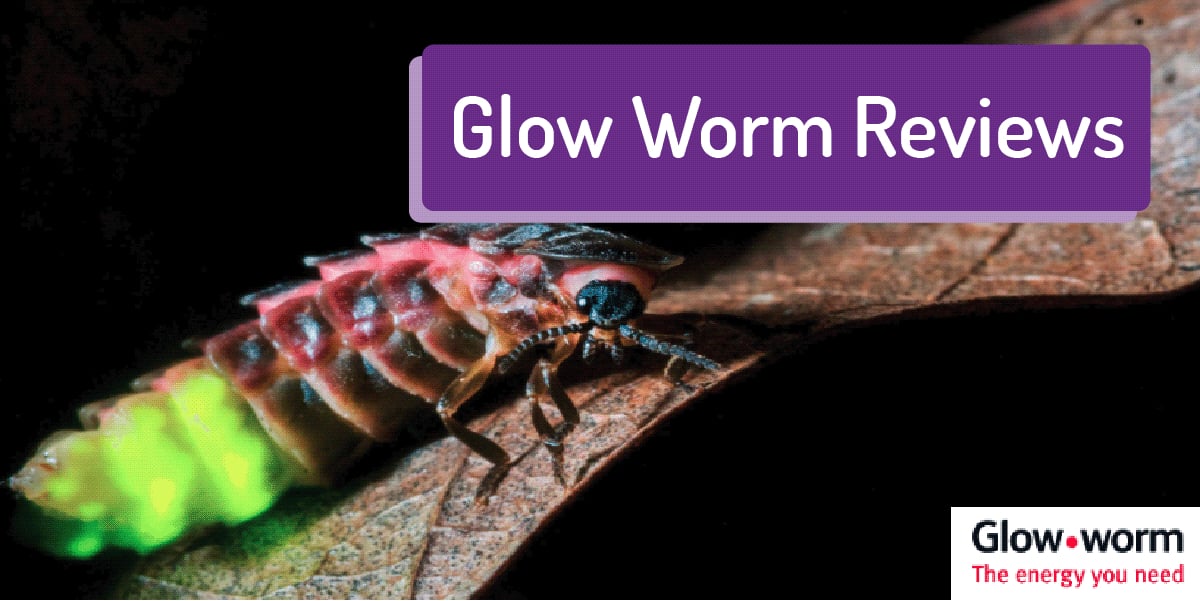 Glow Worm boiler manufacturers review themselves as a pioneer of heating solutions and have been offering the UK market all things boiler-related for the last eighty years.

The company, founded in 1934 in a quiet town in Derbyshire, is wholly focused on delivering reliable and effective products designed to stand the test of time.

It’s important to note, however, that Glow Worm is no longer an independent company.

In 2001, Vaillant, one of Europe’s biggest boiler manufacturers, acquired the brand and has been overseeing it ever since.

Vaillant and Glow Worm are now a 2in1 brand. Is Vaillant making Glow Worm boilers? The answer is; yes.

Thus, you should bear in mind that when we talk about the products of the modern Glow Worm brand, we’re really referring to the activities of another, larger multinational.

The following is a review on Glow Worm boilers, their features, advantages, disadvantages, and whether you should get one for you home. 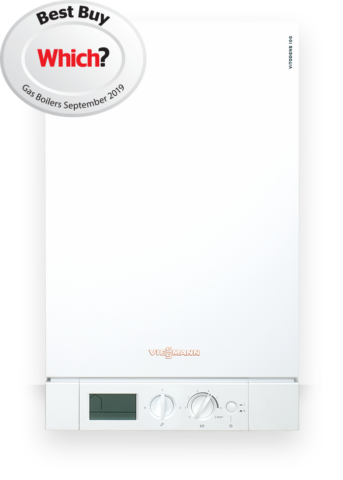 Choosing the right boiler model for you and your family is a big decision which will last for a long period of time.

You need something that will serve you long into the future and won’t break down the moment the winter arrives.

The last thing you want is an unreliable or even dangerous piece of equipment that fails to heat your radiators and periodically spews out carbon monoxide.

If we tried to review every single one of the Glow Worm combi boilers when there are more than two-dozen combi boilers, we’d be here all day.

Instead, we’re going to talk about the general benefits of Glow Worm combi systems – and the Glow Worm boiler problems.

Most modern homes use so-called “combi” boilers, devices that combine the task of heating hot water and the central heating system in a single unit.

The purpose of Glow Worm combi boilers is to save space, provide all heating functions in one piece of equipment, and reduce maintenance costs.

Glow Worm offers a range of high-efficiency combi boilers, including:

These boilers are all rated ErP A-rated for efficiency, except for the Essential boiler, and many of them are small enough to fit inside regular kitchen cupboards.

Glow Worm offers free warranties on some of the models, including the Ultimate 3 and Essential, providing additional peace of mind.

Warranty is usually between 1-10 years as the standard for parts and labour.

The warranty often proves to you how much the manufacturer believes in its boiler. Along with knowing how long your warranty will last you also need to know how to register the boiler, how to keep your warranty valid and what your boiler covers you for.

Perhaps the most impressive feature of the company’s combi boilers is that some do not need LPG conversion kits – they’ll work with alternative fuel sources right out of the box.

The Glow Worm combi boiler provides hot water and heating in numerous unit sizes, designed to cater for everyone from the smallest of apartments to the largest of mansions.

You will also be pleased to know the Glow Worm combi boiler prices vary massively between £1,500 to £3,000.

Let’s list some of the critical benefits of Glow Worm combi boilers:

A good quality boiler is now expected to last around 10 to 15 years.

You could find if you have an old inefficient boiler, you may be able to make some large savings by now upgrading to a new model which is more efficient.

The latest boilers are now designed not to waste energy when not needed which will keep fuel bills low and also keep carbon emissions low.

If you’re currently using a G-rated boiler, then moving to a Glow Worm Ultimate will, according to the Energy Saving Trust, cut your annual heating bill by more than £305.

A Glow Worm System boiler works in a slightly different way from a combi boiler.

Instead of taking water from a tank in your loft and then using the stored water to heat a water tank, system boilers heat water directly from the mains.

Most system boilers use a small cylinder to warm the water before pumping it to the rest of the house.

Glow Worm markets its system boilers to people who live in flats, maisonettes and families with limited space.

The company’s offerings are small, compact and relatively discreet.

Just as with the combi boilers, many system boilers come with a free warranty and ErP A rating.

A glow green boiler engineer would come out and solve the issue. Glow green is a term used for a Gas Safe heating engineer.

The Ultimate 3 system boiler is the company’s most reliable option and comes with five years parts and labour guarantee.

The slightly less costly Easicom 3 has a three-year warranty (with the opportunity to extend) and achieves the maximum ErP A rating. Unlike the other models, Glow Worm makes it in the company’s Belper factory in Derbyshire.

Finally, the Energy system boiler is a unit explicitly designed to fit inside kitchen cupboards and comes in a variety of sizes, including 12, 15, 18, 25 and 30 kW versions.

All of the above Glow Worm system boiler prices vary between £650 to £1,800, including the annual service cost and warranty but not the installation cost.

The Glow Worm boilers also include a manual in case issues occur which you can solve yourself without a glow green engineer (Gas Safe heating engineer).

Glow Worm employs a range of sound-deadening technologies in its system boilers to cut down on annoying whirring noises that some make.

This technology makes them ideal for those who live in cramped accommodation and want something that isn’t going to disturb their sleep (or that of their neighbours).

Some households use the classic trio of water tanks, storage cylinder and boiler unit to heat their homes.

While it’s becoming less popular, it’s still an essential market for Glow Worm and one that they intend to serve.

The basic Energy version is compact, operates nearly silently, and comes with an ErP A rating, helping to cut down on fuel bills.

The Ultimate 3 regular boiler is the company’s flagship heat-only boiler. It comes with a similar, compact design as well as an impressive five-year warranty, just like the combi and system versions of the product.

Finally, the Easicom has an extendable three-year warranty for those who want it and also comes with the company’s signature ErP A rating for efficiency.

Glow green engineers have great reviews if people have had any issues and have to use the Glow Worm warranty engineers.

Glow Worm states that with its boilers, homeowners don’t face energy usage penalties if they decide that they want to stick with their traditional systems.

That’s good news: ripping out old tanks and replacing them with alternative systems is notoriously expensive.

It also means that you can avoid the disruption of major building work in your home, perhaps pushing off the need to upgrade two or three decades into the future.

The above heat only boilers, also known as the Glow Worm gas condensing boilers have prices around £880 to £1,800.

The Benefits Of Glow Worm Heat Only Boilers

So what are the benefits of Glow Worm heat only boilers?

While Glow Worm’s range might offer an impressive array of features, the most crucial factor for most buyers is good-old-fashioned reliability.

Will the boiler continues to perform, year after year, even in sub-zero temperatures.

Units would work for a few years, but eventually, problems would inevitably creep in. Even Vaillant boilers got a bad reputation for sourcing components from substandard suppliers.

Glow Worm, however, has upped its game.

The company doesn’t rely on cheap imported components like many of its competitors (and even its parent company).

Instead, manufacturers many of the fastest-wearing critical parts in-house, helping to reduce issues that its customers face. The Ultimate 3, for instance, uses a high-quality Grundfos pump that the company makes itself.

A great point for you to know after looking through Glow Worm boiler reviews since 2018 there is barely a bad word said about this reliable company.

As experienced homeowners know, the cost of the boiler isn’t just the boiler unit itself, but all of the labour and accessories required to fit it.

Remember the boiler price does not include the installation fees.

Below are the average Glow Worm boiler prices:

Glow Worm does as much as it can to get the cost of installation down.

It supplies its boilers with a list of standard parts and flue accessories, helping installers fit in a variety of situations, whether bare, in a cupboard or a regular utility space.

It’s not uncommon for heating systems to experience frost damage.

During cold winter weather, temperatures in the pipes can get down below zero, causing the water inside to freeze and expand.

The idea behind the technology is simple: keep the condensate pipe above freezing point by letting the boiler tick over on low heat.

Frost prevention is more important than you might initially think.

Suppose, for instance, that you’ve booked Christmas week off spend time at your relatives.

While you’re away, you don’t need the heating on so your house will get cold. If temperatures drop below zero, however, it is chilly enough to freeze water in pipes, causing the damage described above.

Frost protection automatically prevents this from happening in your absence.

The boiler keeps heating water gently to eliminate any chance of ice while, at the same time, maintaining low energy consumption to prevent your bills from spiralling out of control.

Warranty is great for peace of mind in case any boiler problems occur.

The average Glow Worm warranty is between 2 to 7 years with an option to extend the warranty with certain models by using the Glow Worms Club Energy Installers.

Glow Worm vs Other Manufacturers

In terms of the warranty, the competition is roughly the same.

Glow Worm’s boilers are the product of a long, evolutionary process you can trace back decades.

The company believes that it has found the best solution to your boiler problems that current technology allows, using new state of the art materials as they arrive.

The firm, however, isn’t the most innovative on the market.

Its boilers aren’t game-changers – they’re essentially units that are now reaching the performance limits of the current paradigm.

With that said, the entire industry is in the same rut. Nobody has come up with a better or more affordable way, as yet, of providing water heating services in homes.

When it comes to the volume of water that Glow Worm units can process, it’s a clear leader.

The Glow Worm Ultimate 3 is capable of hot water heating of 30.6 kW which is similar to comparable products on the market, as the Worcester 30I.

However, it takes the lead in heating output, offering an impressive 30 kW, compared to the competition’s 24 kW.

The conclusion is usually that Glow Worm is a company with a long heritage and ample expertise in helping homeowners get the cost of their heating and hot water down.

The real advantage over the competition is their focus on high-quality components.

This is the reason they are the ultimate boiler:

Glow Worms boilers, therefore, should be at the forefront of your mind when considering a new energy-saving heating unit.