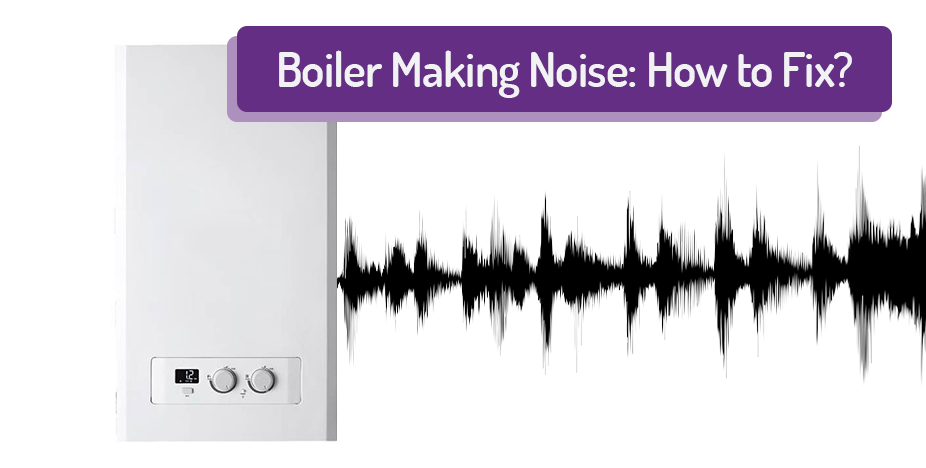 Boiler Making Noise? Here are the Reasons Why & How To Fix Them

Ask any repair engineer near you, and they will tell you one of the most common complaints by customers is that their boiler is making a loud noise. The best way to describe this noise is “banging”. Regardless of how you describe it, it can be very clear that something is wrong.

True, the noise from your boiler varies depending on the source; however, this description is especially useful for repair engineers. This article highlights why your boiler is making noise and how you can fix it.

Or if you have an old boiler, you can a fixed price for a new boiler online in under 20 seconds. Getting a new replacement boiler will sort out many of these issues and make sure they are less likely to happen in the future.

If your boiler is banging loudly, it is because of debris on the heat exchanger or a faulty thermostat. Regardless of the case, you will need to hire the services of a certified engineer to do a power flush. Other causes of boiler noise include trapped water or air, which you can fix yourself.

Most boiler issues can be sorted quickly if there is a plan to deal with them. However, to diagnose why a boiler makes unnatural noise, we first need to look at the reasons.

This type of blockage happens when limescale build-up inside the boiler is so much that it blocks the air vents. It can even inhibit the heat exchanger from functioning optimally. The blockage causes the boiler to overheat before it shuts down. In this instance, you will need to check the temperature gauge to ensure that the boiler isn’t getting too hot.

If the noisy boiler has a faulty thermostat, it is unlikely to provide sufficient heat in the system to work efficiently. The water tank’s level might also drop or rise excessively. When the temperature goes above 100 degrees Celsius, it results in excess pressure, which, in turn, causes the water in the tank to expand. All of this results in the water hitting the sides of the tank.

This noise can be quite concerning since it is sufficiently loud to resonate through the home. It is a problem that needs to be solved as quickly as possible. Not fixing this issue as quickly as possible could cause the boiler’s internal components to become damaged, requiring replacement.

The sound emanating from your boiler might be deceiving, as the issue could be from your pipes. You will need to investigate this thoroughly to get to the root cause. You can use the steps below for your investigation:

First, find the source of the noise.

It could be that your boiler is making the noise, or it could be that the noise has another originating source, such as the central heating pipe, gas valves or radiator, and is only reverberating in and around the boiler. Generally, at this point, the sounds you hear will become more pronounced, so you will need to listen to them to find out what the problem is

For example, if your boiler is creaking, it could simply be due to a temperature change in the pipes. Such a sound is perfectly normal for pipes and occurs frequently, so you should pay closer attention to unusual sounds.

As soon as you have identified the source of the noise, you will have a better chance of diagnosing the issue. The next step deals with understanding your boiler’s type of sound.

Run an analysis based on the type of noise.

Generally, quickly diagnosing and taking action with unusual noises can help you fix the issue, minimising the potential cost and complexity. Handling this issue quickly might even mean not requiring a new boiler. This step deals with providing a stress-free method of avoiding replacement boiler costs.

If, for whatever reason, you cannot diagnose the issue at hand, you should always enlist the services of a licensed engineer to handle the issue.

Fix the root cause.

For future purposes, you should consider covering your plumbing and boiler to help you get faster repair services, lower costs and peace of mind to know that you are covered at all times. This way, you never have to be too concerned about where the noise is coming from. You can simply get on the phone with a qualified boiler repair engineer in no time.

Diagnosing the Problem Using the Type of Noise

Before you get to the point of calling a professional, you can take basic steps to determine the cause of the noise. You first need to ascertain the type of noise.

Boiler kettling is the term for this noise, which resembles a kettle whistling. A buildup of limescale near or on a boiler’s parts, like the heat exchange, is a typical reason for kettling. Hard water locations are where this frequently occurs.

Some locations in the UK have hard water. The word refers to water that contains significant amounts of minerals like calcium and magnesium. Although having more of the aforementioned minerals does not necessarily make hard water superior than soft water, it does mean that it is harder.

This causes water to become trapped within the heat exchanger, causing it to overheat. During the overheating process, steam is produced, causing the heat exchanger to expand. This process results in the whistling or kettling noise you hear from your boiler. Bolling air is forced through small gaps within the boiler system in the same way that a boiling kettle forces air through the spout.

However, there are a few other factors to consider when this occurs. This could be caused by a buildup of sludge and debris around the heat exchanger. The whistling sound could also indicate that your boiler pump has become clogged and needs to be replaced.

Kettling can lower the efficiency of your boiler as it damages it every time it occurs. After kettling, you will need more fuel to get to your desired temperature. This added fuel can result in higher monthly energy costs. Moreover, it can reduce your boiler’s lifespan.

When air is trapped in the boiler system, it could lead to the gurgling and bubbling noise you hear in the radiators. The gurgling noise could also be from a frozen pipe or low water pressure. You should note that gurgling noise is quite common in boilers, as a tiny amount of air can get into the heating system.

Nevertheless, it is imperative to investigate further if the noise becomes constant or increasingly louder. When it comes to this type of noise, there are a couple of basic fixes that you can carry out by yourself.

As highlighted earlier, a loud banging noise is typically the result of debris build-up, limescale build-up or a faulty thermostat. These issues will no doubt require the services of a professional to fix. Irrespective of the issue, the first thing to do is turn the boiler off as quickly as possible.

It doesn’t matter what caused the loud banging noise; it is undoubtedly harmful to your boiler system. Shutting the system down is the most effective thing you can do at the moment.

Call a professional to inspect the boiler as quickly as possible to rapidly eliminate the source of the noise and assess the boiler component for replacement or repair.

Other Variables to Consider Why Your Boiler is Making Noise

To have a clear idea of why a boiler makes noise, we need to highlight a couple of other variables as to why your boiler is making noise when in use.

The boiler’s water temperature is too high.

Boilers run at optimal temperature, and if the setting goes higher than recommended, it could cause severe damage to the boiler. Raising the temperature of your boiler too high could result in steam bubbles or a faulty boiler timer keeping an old boiler on may cause overheating. Most times, homeowners wrongly interpret the banging noises as originating from the boiler.

However, if, for some reason, the air has entered your pipes, you can get fluctuations in pressure which can lead to loud banging or gurgling noises. With a closer inspection, you should have no problem identifying the offending radiator or pipe.

Air can get into your boiler system in various ways: from parts that previously had issues to defective parts. Air getting into the boiler is commonplace in boilers that feed to radiators. The most effective solution is to drain the air from the boiler system. Doing this equalises the pressure. You can handle this yourself if you know what you are doing or are technical enough. Alternatively, you could enlist the services of a professional to handle it.

The water flow or water pressure is low.

When the water flow or water pressure is too low, the flow over the heat exchanger isn’t as quick as it should be, possibly due to a faulty diverter valve. This reduced speed means that the water overheats, resulting in steam bubbles that quickly expand and erupt once they come into contact with cooler water.

When to Call an Engineer

If your boiler is making a loud banging noise, limescale buildup or a malfunctioning thermostat may be to blame. To manage a system flush or a new thermostat, whichever is needed, you must call an engineer.

Because whenever your boiler makes a low banging or loud noise, the temperature settings need to be lowered since they are set too high.

Unless you have air in your boiler’s pipe system, the pipes may be banging, and the only method to fix this problem is to bleed the system.

If your boiler is making noise and doesn’t provide enough water, there may be a leak somewhere in the system. This is a fix that you can do yourself or hire a professional to do for you.

If the boiler is making a whistling sound, chances are you have a build-up of limescale. You will need to call an engineer out to flush the entire system. The system flush helps to get rid of any limescale and debris build-up.

If you’ve ever wondered how to fix a boiler making noise, you will be pleased to know the steps we mentioned can help ensure your boiler works effectively, without making any unnatural noises. 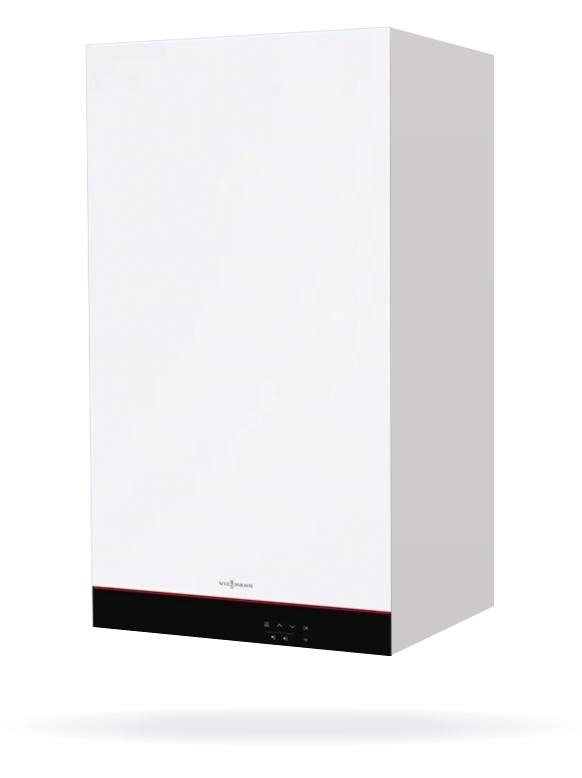